How to crack the Picture Perception Discussion Test? 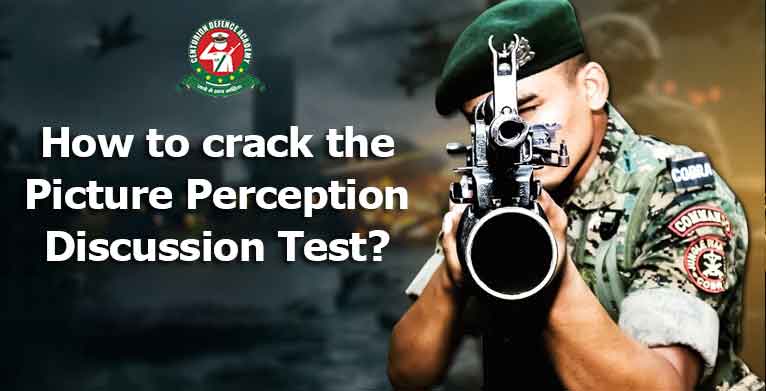 How to crack the Picture Perception Discussion Test?

The Picture Perception and Discussion Test (PPDT) is particularly significant during the initial screening stage of the SSB Interview. It is used to evaluate candidates who carry their logic, general intelligence, and time management skills to the test. The PPDT is a distinctive test that requires candidates to write a story based on an image they are shown. PPDT picture stories are sometimes hazy, requiring movement as well as the identification of a number of people, their emotions, and ages. In this article, we'll go over some important tips for passing the picture perception discussion test.

Some Useful Tips for PPDT

Candidates should avoid going into the narrative with a planned story in mind and trying to tweak that concept in the story, instead, attempt to write a new story based on the picture. Since assessors are not examining your vocabulary or writing skills, choose basic words to write in. You should try to pick a theme that has some parallels to your own life. Also, when writing a narrative, always attempt to give it a happy conclusion and write realistic things that you would do in real life.

The assessor will evaluate your state of mind, general understanding, and how you interact with your surroundings. As a result, start with the background to get a sense of the story's setting, and then move on to the forefront to see how many characters are present, what they're doing, and what type of activity is being done. Then consider who you are among them and what you are doing there. Your story's points of view will represent your social attitude and the duties you believe you have to others in society.

make sure that the central character you choose is encouraged throughout the story and has a positive outlook. Candidates should ensure that they do not overestimate the likelihood of a problem that is not depicted in the image. If a mishap, terror attack, chain grabbing, or other incident is not displayed, they should not discuss it because it will indicate a gloomy mindset. Your story should portray a good mindset, with the main character being an achiever who cares about and helps others in society.

Candidates should aim to make their stories as realistic as possible because anything that sounds unusual would be extremely clever. Imagine yourself in that scene or setting, and then frame your story accordingly, avoiding superheroes or other exaggerated characters. If the photographs are naturally pleasant, don't try to impose a problem or a negative setting on them. This demonstrates your gloomy personality. For enhanced recall, use names of characters that you are familiar with.

Candidates should aim to include some attention-getting plot points in their story that will be entertaining to listen to. Always strive to develop a story in which your main character takes immediate action rather than one in which future plans are explained. Include details such as what led to the current circumstance, what the current situation is like, and what your character does to solve the problem if there is one. Make sure the story stays true to the heart of the illustration, and don't write or repeat anything that has already been spoken or written.

Candidates should not create any prepared stories based on what they have read in various literature because the examiners will readily notice them. Write stories that aren't realistic because they aren't connected to the picture and aren't unique. Many students believe that if they write positive stories, they would automatically be recommended; however, this is not the case because the assessors evaluate the candidate based on the picture. If the image depicts a negative trait, it is likely that the evaluators did it on purpose.

Individual Narration and Group Discussion are the two parts of the discussion test. Individual narration allows you to narrate your story for up to one minute. Candidates are usually divided into groups of 12-14 and instructed to form a semicircular pattern. They will have time to read the story to themselves once more. Make sure you read it without any distractions so you don't stammer in front of the other examiners.